I am a Professor of Acoustic Engineering at the University of Salford where I carry out research and teaching focussing on architectural acoustics, signal processing and audio perception. I am also an author and radio broadcaster having presented many documentaries on BBC radio and written books for academics and the general public. 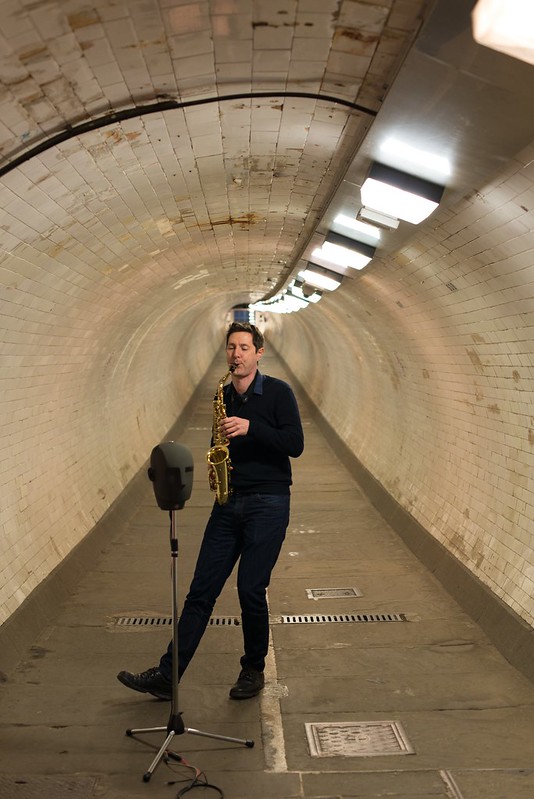 My work on diffusers is summarized in my academic book Acoustic Absorbers and Diffusers, which was co-authored with Peter D’Antonio, has the most citations in  my publications listed in Google Scholar. The most satisfying part of this work is seeing my research turned into actual designs which have been used in performance spaces worldwide.

One in six people in the UK has some level of hearing loss. Yet only 40% of people who could benefit from hearing aids have them, and most people who have the devices don’t use them regularly. A major reason for this is the perception that hearing aids perform poorly.

A critical problem for hearing aids is speech in noise, even for the most sophisticated devices. A hearing aid wearer may have difficulty conversing with family or friends while the television is on, and hearing public announcements at the train station. Such difficulties can lead to social isolation, and thereby reduce emotional and physical well being. Consequently, how hearing aid devices process speech in noise is crucial.

The Clarity Project‘s approach is inspired by the latest developments in automatic speech recognition and speech synthesis, two areas in which public competitions have led to rapid advancements in technology. We want to encourage more researchers to consider how their skills and technology could benefit the millions of people with hearing impairments. We will do this by running a series of machine learning challenges, begining in 2021.

Due to the COVID-19 pandemic the wearing of face masks/coverings (unless exempt) are now mandatory on public transport, in shops, hospitals and other situations in the UK. But face masks create challenges, especially for people with hearing impairment. The masks attenuate high frequency sound, and also prevent lip reading.

This project, led by Michael Stone at University of Manchester, is developing new types of face masks that overcome these communication problems.

Engineering is at the heart of being human. For millions of years we’ve been inventing things. From stone tools through to modern smartphones, we’ve created technology that have made life better and have radically changed society.

The Inventive Podcast is a co-creation between engineers, fiction writers and award-winning radio producers. We mix fact and fiction to create engaging stories about engineers and how their work is changing the World. We cast brilliant, inspiring and diverse engineers who have fascinating stories to tell. We commission award-winning writers to produce a piece inspired by the engineer or their work. Through this, we inspire our listeners about the contribution engineering makes.

My second popular science book, Now You’re Talking was published in 2018. My first popular science book Sonic Wonderland/The Sound Book appeared in 2014. I have also written articles for New Scientist and the Guardian. In 2015 I was given the ASA Science Writing Award for acoustics professionals.

A recent documentary was on Compression vs Art for BBC Radio 4. A more complete radio biography can be found here. I’ve also been involved in numerous media stories as an interviewee, with the most popular being a debunking of the phrase ‘a duck’s quack doesn’t echo’.

I helped develop extensive teaching resources for schools, the latest reached more than a quarter of a million pupils. I have developed and presented science shows seen by 17,000 children, including appearances at the Royal Albert Hall, the Purcell Rooms at the South Bank Centre and the Royal Institution.

Perceptual measurements across the Internet

I run a popular site which hosts web experiments which test people’s responses to sound. sound101.org hosted the hugely popular experiment into the Worst Sound in the World. On the site you’ll also find some other research experiments to try.

My favourite video from my YouTube channel (done as part of a Comic Relief project):

Interested in studying for a research degree with me @SalfordAcoustic ? We're running a webinar next wed lunchtime https://hub.salford.ac.uk/sirc-acoustics/2022/05/15/postgraduate-opportunities-acoustics-research-centre-the-university-of-salford/ looking at topics, funding, how to apply etc.

The registration for the 1st Clarity Prediction Challenge (CPC1) workshop is open. Improving models of speech intelligibility for hearing loss and aids. Virtual via Zoom https://claritychallenge.github.io/clarity2022-workshop/

I'll be joined by author @taniahershman for the session as well. Tania did a fab story for the @PodInventive Episode 1 @ShroukELA https://hub.salford.ac.uk/inventivepodcast/2021/06/14/inventive-podcast-episode-one/ or your usual podcast app

Sign up to our secondary school conference, Reading Within the Curriculum to receive exclusive early-bird pricing!

Hear from Professor @trevor_cox about the use of podcasts to engage pupils in reading. https://literacytrust.org.uk/events/secondary-school-conference-reading-within-the-curriculum/ Book now!